36V Vs 48V Ebike Batteries- Which One Should You Choose?

E-bike’s battery voltage is a key factor that determines its speed and mileage. The higher the voltage the more speed you can achieve from an electric bike.

Among all the different battery voltages, 36v and 48v are the most commonly used by e-bike riders. If you’re new to the electric bike, it can get confusing when choosing between either one.

So, 36v vs 48v ebike battery, which one should you choose?

Well, in all honesty, the choice completely depends on personal needs and requirements. If you want more speed and mileage then a 48v e-bike is the best bet for you, however, more speed means it’ll be much harder to control.

Meanwhile, if you want something slower and much easier to control then the 36v e-bikes should be perfect for you.

Here’s an overview of the 36v e-bike’s battery:

It has 540 watt-hours up to 15ah, which can go 28 mph effortlessly. Besides, it only takes 3 hours to be completely charged and goes up to 22 miles with a single charge. Plus, a 36v battery last between 3 to 5 years with proper care and maintenance. 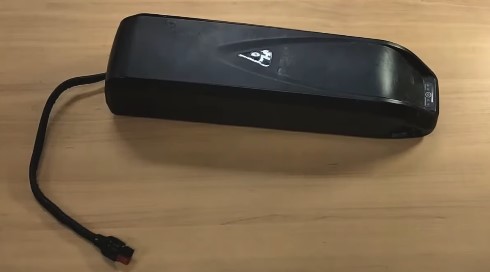 Here’s an overview of the 48v e-bike’s battery:

Though the average lifespan of an e-bike battery varies with proper care and maintenance, generally it lasts for 3 to 5 years or more.

Let’s have look at the comparison chart of the 36v vs 48v ebike battery, with this cart you can have a better idea about the two battery voltage e-bikes.

36v and 48v both batteries are viable for an excellent electric bike. However, as it happens these two voltage batteries do have differences which not only determines the bike’s speed but also its performance.

Here are the key differences point between 36v and 48v electric bikes:

With any battery, size is determined by its length, height, and width. A 36v and 48v e-bike’s battery size varies from brand to brand.

Therefore, you should consider the size before getting one for your e-bike according to the available battery space on your e-bike. If your e-bike copes with the 48V battery dimension then you can go for it otherwise stick to the 36V battery.

The 36v battery naturally weighs less than the 48v battery, as more volts mean more PCS (power conversion system), which leads to having more power cells. As a result, the 48v battery tends to be on the heavier side.

Some riders use it up to 40ah which has about 1920 watt-hours. So as you can see, the 48v battery clearly has more power than the 36v battery.

It means the 48v e-bikes can go much faster and cover more ground in a short time compared to the 36v e-bikes.

When it comes to controlling your e-bike, batteries don’t have much impact, but it does take an initial part as it supplies the necessary power to the e-bike.

As we’ve covered in the earlier section, more voltage means more power, though having power can be a good thing.

However, having more power also means it’ll be harder to control. So, it’s safe to safe a 36v e-bike that is much easier to control in comparison to 48v e-bikes.

E-bikes are naturally faster than conventional bikes. But the battery and its voltage play a vital role in this factor.

When it comes to mileage the battery voltage also plays an essential part for an electric bike. As it happens the higher voltage makes your electric bike more efficient in power consumption, which leads to more mileage.

In spite of all the differences between these two types of e-bike, they are both reliable and quite efficient.

36V Vs 48V Ebike Battery – Which One Should You Choose?

As we mentioned earlier, the 36v and 48v electric bikes have more than enough power to provide sufficient power for you to give complete reliability.

However, if you had to pick one, then you need to choose the one that goes with not only your riding style but also the terrain you’ll be riding in.

If you prefer to go fast, and you can control the speed easily then you can go with the 48v electric bike. It will help you provide the necessary speed and performance you’ll need to ride on rough trains and high-up hills.

If you’re new to an electric bike and used to riding MTB or conventional bikes then it’s a good idea if take it slow and choose a lower voltage e-bike like 36v.

It’ll help you manage a steady speed and provides you with enough mileage. No matter which one you choose, be sure to take your personal preference into consideration.

Although we’ve tried to cover everything in our earlier discussions so far, it’s quite impossible to talk about everything in a single article.

But we do hope the following FAQ will help you answer the remaining questions you might have.

Is A 36V Battery Enough For An Electric Bike?

Yes, a 36v battery is quite sufficient for an electric bike. It will provide 22mph which is much faster than a conventional or an MTB.

However, if you want speed from your electric bike then a higher voltage is a better option.

What’s The Best Voltage For An Electric Bike?

There is no definite answer for what’s the best voltage for an electric bike, it completely depends on the rider. However, in general, any voltage more than 48v is considered sufficient for any type of e-bike rider.

How Long Does 48V Battery Last?

How Long Does 36V Battery Last?

Will A Bigger Battery Make Your E-Bike Faster?

As you can see from our discussions about the 36v vs 48v ebike battery, both types have their own set of uses. When it comes to choosing either one it completely depends on your riding style, as no one can make a decision for you except for yourself.

However, we do hope our discussion above about the difference between these two electric bikes has helped you decide for yourself.