Can You Ride A Bike With A Broken Spoke?

Spokes serve the same purpose to the rim of wheels as our ligaments in our arms. It strengthens your bike’s rim, distributes leg power from the hub to the wheel, and supports your weight while riding. So, it’s pretty essential to keep the balance of your road bike. But, can you ride a bike with a broken spoke?

Most of the time, it’s absolutely YES. With a broken bike spoke, you can ride your bike, but not as balanced as before. Here, some factors may and will surely disturb you while riding.

How Do You Know If Your Spokes Are Broken

It’s not always easy to tell whether you have a broken bike spoke. You may hear cracks in some circumstances, especially if you’ve recently been through anything unstable. Wobbly wheels are another sign that something is awry. 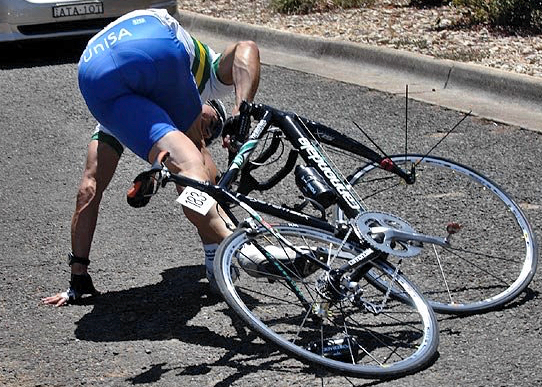 Also, if you find your bike is not going on straight, the wheels become too heavy to move. You’ll feel it because your wheel will go all wobbly. So, It’s undoubtedly a good idea to check your wheels for damage regularly.

Corrosion is the most prevalent cause of bike spokes breaking as a result of continuous use as you know constant dripping wears out the stone.  The majority of bicycle spokes, as you may know, are constructed of stainless steel or high-carbon steel.

The decision here is between corrosion resistance and fatigue failure, depending on which is most relevant to the rider. Because of the chromium content, the stainless steel would resist corrosion. In contrast, a protective layer must be put on carbon-containing steel in order to avoid rust. Failures of needed elements may cause spokes to break in this case.

Again, the reason for spoke breaks is if the rider hits a puddle or a barrier. It’s one of the most prevalent reasons for spokes breaking. Also, If the passenger is too heavy for that model, the spoke may break.

Another reality is that too much drawing on the rim can be harmful. It may produce excessive traffic while distributing loads, causing the spoke to break. However, sometimes poor manufacturing can cause break spokes. So, before buying a new bike, check it well.

Can You Ride A Bike With A Broken Spoke?

The answer is a tie. As you know, on average,  there are more than 20 spokes on a bike. Some Electric bikes may have more than that. So, if one or two spoke breaks, then definitely you can ride your bike without any trouble. Because the rest of the spokes will support the rim. So, in that case, it is a big YES. But, if you find more than 2 broken spokes then It’s advisable not to ride your bike. First, remove the broken spokes from the nipple and then repair it as soon as you need a ride. 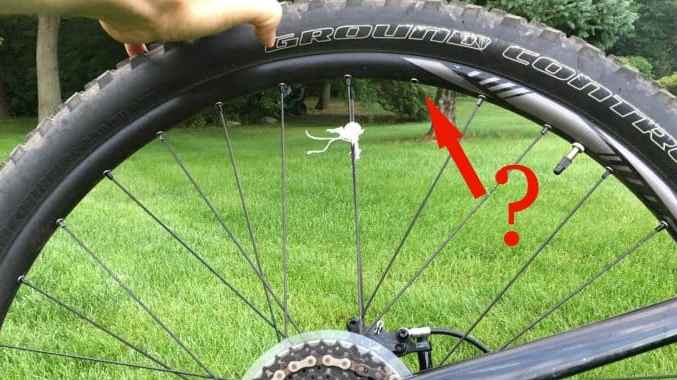 The issue isn’t that you won’t be able to ride; rather, a broken spoke can cause the load distribution to be skewed. This may cause unwanted trouble of breaking more spokes. As a result, the wheels will become exceedingly unbalanced.

How To Repair Broken Spoke On The Road?

Usually, It’s needed to remove the wheel to repair a broken spoke so as to make it easy. But while on the road, it may make the task a bit tough to do. So, for replacing bike spokes on the road, you have to do some unprofessional but DIY techniques. 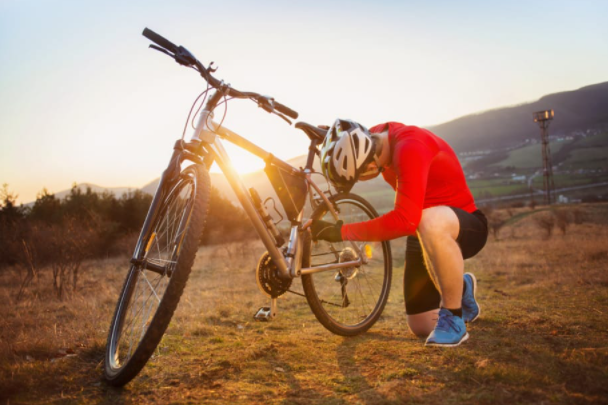 If you don’t have any kits for repairing damaged spokes then do it.

By applying this technique, you can ride for a while to return home or go to a bike repair shop. They will take care of the rest.

But if you have extra spokes with you, and a repairing kit also, then you can go through the traditional and actual way. But, it is better to have some extra spoke and kits if you are on a long ride. It will save your enjoyment and costs.

Check your wheels for loose spokes, rim weight, and proper spoke tension with a competent bike mechanic. Despite the fact that it is not always easy to check the spokes before each ride, try to do so once a week.