Electric bikes are a lot convenient than traditional ones. But you must comply with regulatory laws on e-bikes based in your municipality. This serves as a principal means to ensure safety while riding your bike.

Likewise, if you live in Arizona, you must familiarize yourself with the Arizona state electric bike law. The state provides its clear definition of an electric bike and the regulatory measures while using the bike. In Arizona, ebikes are defined as bicycles and tricycles with functional motors. The law further classified e-bikes into class 1, class 2, and class 3 electric bikes.

Arizona state laws allow riders to use electric bikes just like bicycles and tricycles. The state electric bike law describes an ebikes as either a bicycle or tricycle with a powering motor and operable pedals.

Additionally, the Arizona law mentioned that the motor’s capacity of an electric bike within the state must not exceed 750 watts. Also, the operational speed for electric bikes must range at 20 mph and below.

Here are parts of the rules as contained in Arizona law section 28-819 signed in January 2019. It’s contained in the state law of Chapter 3, Article 11.

Also, it directs electric bike riders on the recommended routes and trails to ride though there could be changes from local authorities.

Below are the Arizona classifications of electric bikes.

Pros and Cons Of Riding Electric Bike In Arizona

Arizona as a state placed some laws to maintain orderliness while using electric bikes on different roads and trails in the state. There are still some pros and cons that go with the laws.

What Are The Rules For Riding E-bikes On The Road In Arizona?

Through its electric bike laws, Arizona State allows the riding of e-bikes on state park roads and motorized roads. But the different local authorities could make some alterations and restrictions on using some paths by e-bikes. 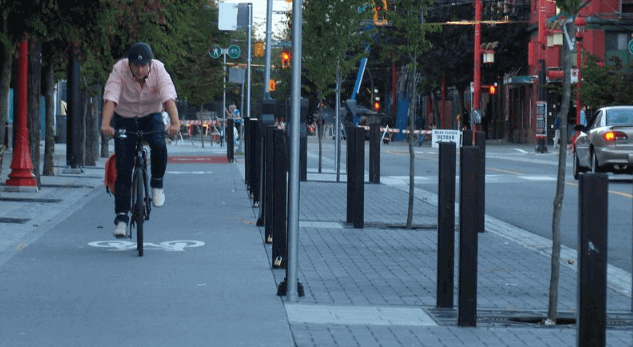 You must remain updated by constantly checking for possible changes with rules on the riding paths for e-bikes. This is because the information will like change after some time.

Here are some of the trails according to Arizona State electric bike rules.

If you use bikes as your regular means of commutation, using an electric bike can be a better option for you. You can save physical stress and time as a motor powers the e-bike. Moreover, you will get smooth and fun-filled rides with the openness that an electric bike could offer.

However, it’s very important that you know and comply with Arizona State electric bike laws. Based on its clear definition, an electric bike is a bicycle or tricycle with a functional motor. The law provides three different classes for electric bikes.

Also, it maintains that there is no registration, driver’s license, insurance, or license plate for electric bikes. That’s a plus after all, no?