Can You Get a DUI on An Electric Bike?

Last Update On: January 1, 2023 // Article Written By: David Brayton
Affiliate Disclosure: As an Amazon Associate I earn from qualifying purchases.

While it’s so much fun getting an electric bike on the trail, it goes without saying that cyclists need to ensure that their bikes are in good condition. And whenever such concerns as “can you get a DUI on an electric bike?” come into the picture, the right answer depends on the cycling laws instituted by the individual states.

Getting a DUI on an electric bike depends on many factors. First, the penalty of DUI varies from state to state. So, what applies to a particular state might not apply to another. In either case, cyclists with electric bikes that are motor-assisted or come with a motor are likely to get a DUI. However, it is worth mentioning that the horsepower of the motor in question is a factor to consider.

Understanding what a DUI is will help cyclists to know whether they can get one on an electric bike or not. These are precisely the questions that’ll be answered in this comprehensive piece, taking a step-by-step approach to drive home the point of getting a DUI on an e-bike.

What Does a DUI Mean?

More often than not, drugs and other illegal substances need not be illicit to be categorized as inappropriate for drivers’ consumption. Such meds as over-the-counter drugs and prescription drugs can cause a driver to get a DUI, particularly if the drugs have adverse effects on their driving. In most cases, they can become impaired from taking such drugs, and the best way to prevent them from posing a threat to other road users is by charging them with a DUI. 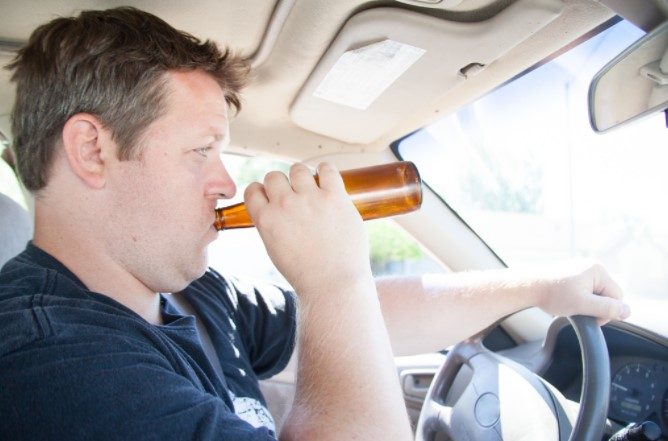 However, cyclists do not fall in the same category as drivers because of their different modes of transportation. However, giving a cyclist a DUI depends on what the individual state law says. The definition of DUI in California, for instance, varies from its definition in other states. Although these laws are different, they have certain things in common.

While the law in California stipulates that “it is unlawful for a person who is under the influence of any alcoholic beverage to drive a vehicle,” cyclists and people, in general, need to look into what the term “vehicle” really means. According to the California Vehicle Code, the term refers to any device drawn, moved, or propelled on a highway. So, if it falls under this category, a standard DUI charge could apply to an e-bike rider.

Can You Get a DUI on an Electric Bike?

It’s pretty obvious why most people opt for electric bikes in the first place. Usually, they have been stripped of their driving license and need another means to get mobility.

There are even more risks attached to riding an electric bike under the influence of a drug or unhealthy substance. No matter what type of bike it is, other people’s lives are on the line each time a cyclist gets drunk or ride while on drugs.

To many individuals, driving a 3-ton truck while under the influence of a substance should not attract the same level of punishment as riding an electric bike while drunk.

And while most of these drivers who lost their license to a DUI find an alternative to ride past a line of cops without attracting any attention, they are still not able to break free from their drinking habit. This owes mainly to the fact that they feel such acts attract less punishment, and they will probably not get another DUI because of riding an electric bike.

However, what cyclists get in return for riding under the influence of a substance depends on the state. This does not entirely rule out the fact that it is possible to get a DUI. The electric bike’s horsepower largely dictates if charges for DUI should be filed or not.

For most motor-assisted e-bikes or those that have the motor readily attached to them, the chances are that they will get a DUI if the motor is above a specific horsepower. For example, considering the California Vehicle Code, a bicycle must meet the following standards to avoid getting a DUI.

Since these bicycles do not need such requirements as to insurance or registration fee and license plate, the law does not categorize them as motorized vehicles. And once they meet the standard above or are under them, it is nearly impossible getting a DUI on such electric bikes.

Cyclists must, however, ensure that they are qualified by age to ride a bike. The law recognizes individuals of age 16 or above. They should also ensure that they use a properly fitted bike helmet to hit the trails for a ride.

Apart from the above instances, there are some exceptions whenever the concern “can you get a DUI on an electric bike?” comes up. Motorized vehicles can also mean vehicles that propel themselves with little or no assistance from the driver or rider.

Regardless, some self-propelled vehicles do not belong to this group. For instance, motorized tricycles and self-propelled wheelchairs. If operated by an individual of physical disability, the only threat they could pose will be to themselves. For this reason, they are often exempted from getting a DUI to a considerably large extent.

What Happens If you Get Caught Riding Your Electric Bike Under the Influence?

What happens if a cyclist gets caught while riding an electric bike under the influence cannot be predicted. However, it is often advisable that they prepare for the worst. By worst, it means that such instances could lead the cyclist to get a form of punishment that’s relatively close to DUI charges.

What happens if a cyclist gets caught while riding under the influence mainly depends on several things. First off, the type of bike the cyclist is riding. Most traditional bikes (the regular ones that do not run on electrical power) do not attract as much punishment as their electric counterparts.

Even when drunk, a cyclist riding a regular bike can still get their head around fine or other charges of riding under the influence. This is because their devices are not often considered motor vehicles.

What comes next is a warning, or as the case might be, they receive an offence. Most cops consider electric bikes as forms of motor vehicles. The rise in public intoxication issues has also brought about a change in how people view these cases. Some view it as such, which makes it highly uneasy for cyclists to get away with their actions.

Without mincing words, it is a whole lot of risk putting out a device on the road under the influence. Whether it is an electric bike or the regular counterpart, it is unsafe riding a bike intoxicated. It isn’t worth the risk, and cyclists could have up to 2000 USD to pay as a fine.

Can You Lose Your Driving License For Being Drunk on an E-bike?

License issues are treated with extra care, especially when it has to do with such devices as electric bikes. It is no news that driving under the influence of a drug or alcohol could earn a driver’s loss of license. But the same thing cannot be said about riding an e-bike drunk. Different strokes apply in this case.

Before determining what to do to a cyclist cycling drunk, the police often assess such situations. Not only the situation, but they also consider the individual involved. The cyclists could be posing a danger to themselves. And if they are not doing that, other road users can also be at risk. Thus, the police must consider all the factors before serving out punishment. Depending on the situation and individuals involved, cyclists can be arrested, cautioned, or made to pay a fine.

Can You Ride an Electric Bike If Banned From Driving?

There’s no other perfect time to seek alternative means of movement than when one gets a driving ban. When one receives a driving ban, all motor vehicles, including motorbikes and cars are out of the options, making bikes are the most preferred option. 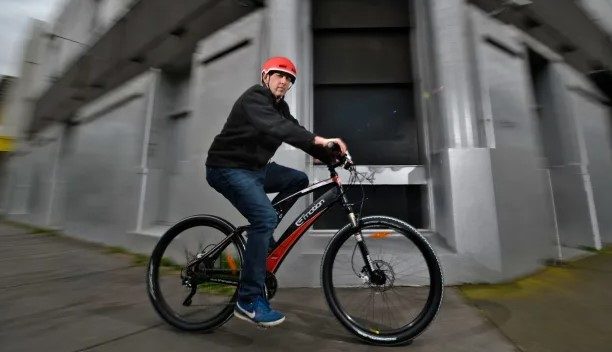 As a result of the ban, most people always consider travelling to other states or places. They will need to buy a train travel card or bus pass in such cases. Instead, riding a bike could be a great way to make the best out of the disqualification period.

Even with most bike dealers becoming aware of the “just lost your license” conditions, they are willing and ready to provide more eco-friendly bikes at cost-effective prices. So, if at all bikes are the alternatives for the period, it will be more beneficial to consider electric bikes since they are environmentally healthy and safe.

Another perk that comes with them is that they are not excessively expensive. Thus, bike fans can get them without emptying their bank accounts. And with many models available, one can easily make a choice.

Although drivers of motor vehicles such as motorbikes and cars are more likely to get DUI charges, electric bike riders are not exempted from being a victim. For a bike to be considered less worthy of a DUI, the electric motor must not produce anything above 1000 watts. Also, it must have pedals and must not move more than 20mph on level ground. While “can you get a DUI on an electric bike?” remain a frequently asked question on the internet in recent times, all the answers are contained in this comprehensive piece.