Electric Bike vs Hybrid: Guide On How To Choose The Right One

Last Update On: January 1, 2023 // Article Written By: David Brayton
Affiliate Disclosure: As an Amazon Associate I earn from qualifying purchases.

If you’re in the market for an electric bike, you may be wondering whether to get a hybrid or an electric bike. While hybrid bikes are able to handle most light trails, electric bikes offer more power and versatility. How true is this? Well, this post on the electric bike vs hybrid will reveal the hidden secret you should know about the two.

Electric bikes and hybrids are both great ways to get around, but they have different uses. You can use both for getting around town, but their differences make them ideal for different situations. This post will let you know more about the two bikes, so you can make an easy decision if you are in the market to get one.

Is An Electric Bike The Right Choice For You?

If you’re looking to get around town, an electric bike can be a great way to do it. They’re relatively affordable and easy to use, which makes them perfect for commuting or running errands around town.

But if you are looking for something that will take you on long-distance trips and make your bike more of a tool, an electric bike might not be the best option for you. 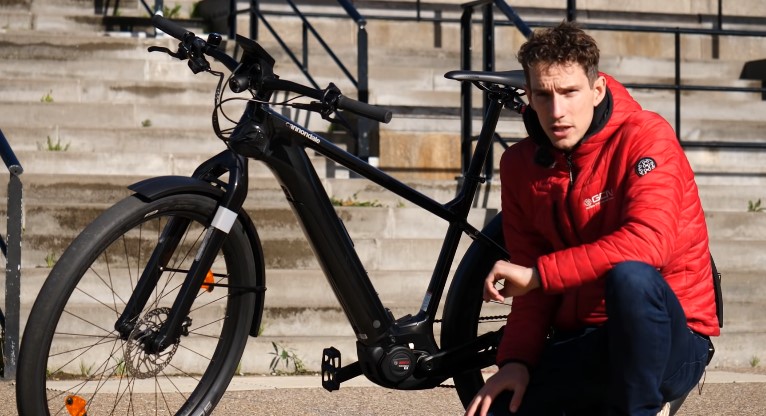 It is essential to consider how much time you will spend riding and how often electric bikes can get heavy and unwieldy, so they’re not always going to be the most comfortable thing in the world for long rides. Also, for you to know if an electric bike is the right choice for you, you need to know what it is and how it works.

Understanding Electric Bike And How It Works

The electric bike is a type of bike that is powered by an electric motor. It has many advantages over other types of bikes, including greater flexibility and easier maintenance.

Also, electric bikes are a great way to get around if you don’t have access to a car or public transit. They are also very popular among people who are interested in fitness or commuting on a daily basis.

An electric bike uses an electric motor to achieve propulsion. The motor is powered by an onboard battery or one that can be charged externally (such as a plug-in). The bikes are capable of going much further than their counterparts such as traditional bicycles, and they’re also more powerful.

Is A Hybrid Bike The Right Choice For You?

Hybrid bikes are the perfect choice for anyone who wants to get a good workout but is looking for something that’s easy to ride, affordable, and doesn’t require a lot of maintenance. 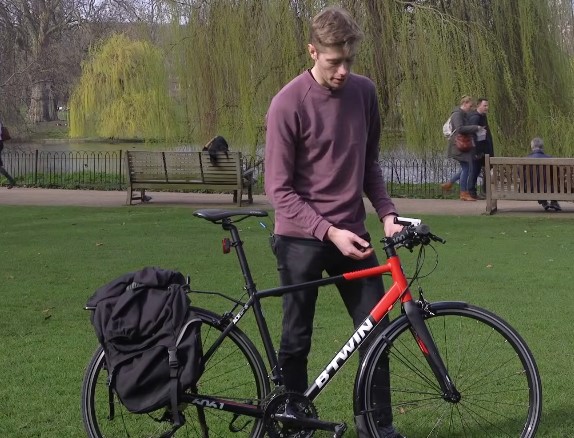 They are more comfortable than other types of bikes and are designed to be more comfortable for long-distance rides, which means you can go farther and faster than you could on a regular bike. Also, they have features like front suspension so that your ride will be smoother, as well as disc brakes so that you’ll be safer.

Because hybrid bikes are made with lightweight materials like aluminum or titanium, they’re also lightweight enough that you can carry them with ease without worrying about your back hurting from carrying them around all day.

Understanding Hybrid Bike And How It Works:

A hybrid bike combines features of both road bikes and mountain bikes. It’s not just for off-road riding, though.

Some hybrid bikes have the same gearing as road bikes, while others have higher bottom brackets for more comfort on hills. They are one of the best ways to get around on a budget without sacrificing quality.

A hybrid bike is a combination of two or more forms of power. The bikes use both mechanical and electrical systems to get you moving. Also, hybrid bikes have a motor that’s powered by an electric battery pack and can be used to propel the rider forward, but it also has a mechanical bicycle drivetrain that allows the rider to pedal along.

The electric motor on this bike will help you get up hills and help you cover longer distances faster than if you were using just your own two feet alone. The motor also provides assistance when you need it, such as when going up hills or climbing steep inclines where pedaling alone would be too much work for your legs.

Without further ado, the information below will let you know the differences between the two bikes and makes it easy for you to decide which one is best for you.

The main reason for this is that electric bikes are more efficient and require less maintenance than hybrid bikes, which are powered either by electric or gas.

Electric bikes and hybrid bikes are both powered by electric motors. They have the same components, but the electric bike has a battery that can be plugged into an electrical outlet like your home or car, while the hybrid bike has a gas engine as a backup.

The main difference between electric bikes and hybrids is in comfort. Hybrid bikes are designed for long-distance travel, so they are often heavier and less comfortable than electric bikes. They also tend to have more gears, which can be difficult for riders who are not used to pedaling hills or long distances.

Electric bikes, on the other hand, are designed for short trips around town. They tend to be lighter than a hybrid bike and easier to pedal up hills and around corners. In addition, they have fewer gears than a hybrid bike, so they are easier to learn how to use.

Hybrid bicycles offer more versatility in terms of their use. They can be used for cycling, running, and walking. Electric bikes are designed for more specific purposes, such as commuting to work or riding your bike around town.

Electric bikes and hybrids are both types of electric vehicles, but they differ in their operational use.

A hybrid bike is a bike that can be used for both utilitarian and recreational purposes. It has a motor to help the rider pedal faster or farther, but it also has a battery pack that can recharge the battery when there’s no power available from an external source (like a wall outlet).

An electric bike is designed to be used as a means of transportation. It has a motor and sometimes an onboard battery, but it will always need to be plugged into some sort of electrical outlet in order to work.

Hybrids can go places that would otherwise be too strenuous or dangerous for someone using only their own two feet, like going up hills or hiking trails.

But as for electric bikes, they’re not intended for anything else except moving you around town at a reasonable pace.

Electric bikes are designed to be as lightweight as possible while also providing a smooth and comfortable ride. They are usually made of aluminum or carbon fiber, and they usually feature an electric motor that provides power to the wheels through a chain or belt drive. But Hybrid bikes use a combination of pedals and an electric motor for propulsion.

Also, electric bikes are more expensive than hybrid bikes because they require more parts and materials to manufacture, but they also provide a higher level of enjoyment because they don’t require you to pedal at all times.

In addition, hybrid bikes come in different sizes and designs, depending on their purpose ranging from mountain bikes that can climb steep hillsides to road bikes that are perfect for commuting.

Pros And Cons Of Electric Bike

Read Also: What Are the Pros and Cons of Electric Bikes?

Pros And Cons Of Hybrid Bike

This post on the electric bike vs hybrid bike makes it quite easy for anyone who has an interest in any of the bikes to make the right decision. Choosing between the two bikes can be a difficult task, especially if you know little or nothing about the two bikes.

Therefore, this post covers more details about the two bikes, from how they work to the pros and cons. So, we suggest you read to understand each of them for you to be able to make an easy choice.