E-Bike Weight Limit – How Much Weight Can E-bikes Carry?

Last Update On: January 22, 2023 // Article Written By: David Brayton
Affiliate Disclosure: As an Amazon Associate I earn from qualifying purchases.

Electric bicycles are suitable for everyone! If you are significantly larger than the average rider or have a few extra pounds (or kilograms) under your belt, you can still participate.

I’m going to guess that most people who are reading this post are at least a little concerned with an e-bike weight limit. Generally, e-bikes have an average weight limit of around 300 pounds or 140 kilograms. This, however, varies depending on different bike types and models.

So, to answer your question about how much weight e-bikes can carry, I’ve put together the e-bike weight limit according to different types of e-bikes. Also, you’ll get to learn why these weight limits matter and whether you should ride an e-bike if you’re overweight.

Do not fret about your weight if that’s your concern. An electric bike can transport you without causing any difficulties. However, if you intend to transport luggage, things may get complicated.

Assume for the time being that you are not transporting anything heavy and that you will be the only person riding your bike. What would be the difference contrast to a regular bike?

A standard bike usually has a maximum weight capacity of 300 pounds, or 140 kg, which makes it identical to an electric bike in terms of performance. Similarly, there are some differences, but they can both carry the same amount of weight on average.

So, you may wonder, what limits the weight an e-bike can carry. Let’s find out together.

Because of the motor, you would expect an electric bike to be able to carry more, or even less, weight than a traditional bicycle. But surprisingly, it is on par in terms of weight. An e-bike motor adds up quite some pounds. However, the stronger (and heavier) the motor is, the more weight it can carry.

An e-bike frame is similar to that of a regular bicycle, with the addition of a motor. If you’re thinking about switching to an electric bike and are concerned that it won’t support you, don’t be! You won’t have any trouble getting used to your new electric bike once you get it.

These weight limits also vary in application depending on the type or class of your bicycle. There are electric bikes with pedal assistance, throttle type with optional pedal assistance, and power & speed type e-bikes. You’ll also find specialty bikes like fat bikes, a good electric bike for sand, and other terrains.

Electric bikes are now available in a broad range of sizes, weights, and styles. They may cost a lot, even though they don’t seem different from a regular bike.

Here’s a table that compares their weight and load capacity.

Weights of Various Types of E-Bikes

The type of electric bike will impact how much it weighs. Mountain bikes are heavier than road bikes since they need to be able to ride off-road courses.

These are lightweight and small, making them excellent for storing and transporting in confined spaces. Foldable e-bikes are the best option if you’re looking for something portable to take on trips or commute in the city.

The following variations, each with a different weight, are available for you to choose from:

Commuting e-bikes have larger batteries to enable them to go longer distances. But they are also heavier, weighing between 50 and 70 pounds. Riding a commuting bike has several perks; read on to find out more.

In addition to being one of the most expensive and lightest types, it may weigh up to 40 pounds in some cases. Racing electric bicycles include ultra-thin wheels, frames, and handlebars curled to the forward position. Its design helps you pedal as swiftly as possible because it is lightweight.

Mountain e-bikes are regarded as rather hefty, ranging from 40 to 70 pounds, the majority being 70 pounds or more. These are one of the most common types of vehicles, and they are designed for both off-road and on-road use. In addition, the suspension can minimize the effect of bumps while still sending up to 750W of power to the motor.

Fat tire bikes are designed for off-road, challenging terrain, such as sand or snow. Because of their larger tires, fat tire bicycles often weigh between 50 and 70 pounds.

Comfort e-bikes, like cruiser e-bikes, are more usually used for pleasure purposes than for transportation. Their handlebars are positioned such that they extend backward rather than sideways. Typically, comfort bikes have a step-through frame and weigh between 50 and 70 pounds, depending on the model.

Why Does Your Weight Matter When Riding Your Electric Bike?

The weight capacity of an electric bike is one of the most important considerations when shopping for one. Namely, it is for safety and performance. 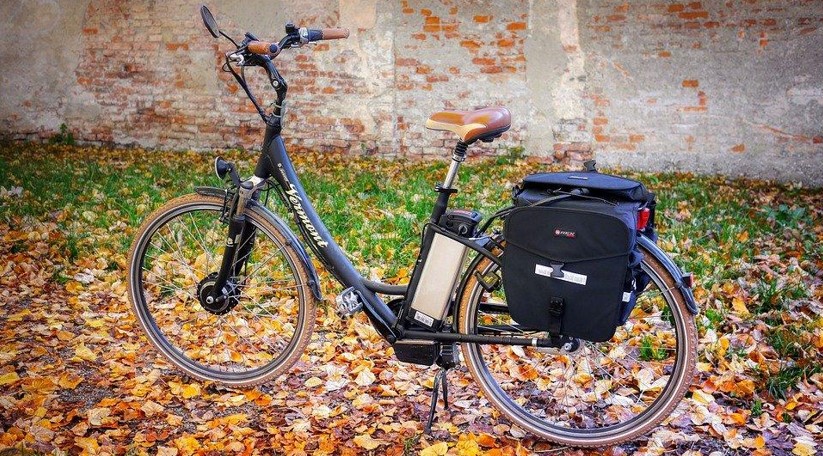 While inspections and maintenance can often help, the maximum weight limit on an electric bike ensures that it performs as intended.

For starters, extra weight quickly dulls and wrecks the braking system. Thus, you and other drivers are in danger of being hit by a car.

The maximum weight of an electric bicycle is also influenced by the strength of the bike’s components. In the case of bicycles, for example, excessive weight can result in rim bending, spoke breaking, saddle and handlebar damage, among other things.

Different components of your e-bike are designed to provide the best riding experience possible while carrying a specific weight.

Then, if the bike is overwhelmed by the load, it’s likely to impact its overall performance. This will eventually impact the average range and top speed.

We are all aware of the importance of selecting a well-fitting electric bicycle.

It is common for heavy riders to experience problems with poor posture. So, you may face difficulties while riding on an electric bike if you choose the wrong size for their body. 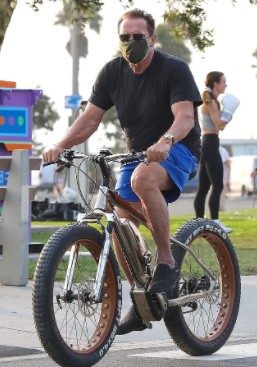 But the good news is that there are still many options available to you in this situation. It’s simply a matter of fitting the right e-bike for you.

When it comes to selecting the best electric bike, there are several factors to consider, including:

When choosing an e-bike for heavy people, the weight capacity is critical.

The maximum weight that an e-bike can carry determines the weight limit.

In order to avoid degrading the overall performance of your electric bicycle, you should avoid overloading it.

As a result, if you weigh 300 pounds, you should purchase an electric bike with a weight capacity greater than 300 pounds, preferably 350 or 400 pounds.

Yes, it is still possible to ride a lower-rated bike, but doing so would only reduce the structural integrity of the bike.

Braking System with a lot of power

The greater the weight of the e-bike, the more powerful the brakes required to bring it to a stop. Ideally, I would prefer the new style disc brakes because they are more durable and last for a longer period of time.

When it comes to bicycle geometry, the most important considerations are the structure of the frame and the riding position.

An upright riding position is required for an electric bike carrying a significant amount of weight, particularly in the middle section, as this improves overall comfort and performance.

Wheels are typically associated with drag, but they can also impact the performance of an electric bicycle.

A heavy person riding on slim and under-inflated tires can harm performance by quickly depleting the battery’s power supply.

On the other hand, when used in conjunction with a sturdy and upright frame, fat tires can easily support more weight and provide a much smoother ride.

Here’s a quick rundown of some of the most popular questions about electric bikes.

What exactly is the purpose of an electric bicycle?

The use of electric bikes augments your pedal power, allowing you to accomplish more with a bicycle while having more fun! Many people find that eBikes are beneficial to them. Compared to a conventional bike, you will be able to go faster, especially when going uphill.

What is the maximum speed of e-bikes?

The majority of electric bikes sold in the United States will provide you with assistance up to 20 mph. Although there are some speed pedelecs available that will assist you up to 28 mph, you will need to provide a significant amount of your pedal power to reach that top speed.

What kind of power do they wield?

Electric bikes in the United States typically have power outputs ranging from 250 watts to 750 watts. The maximum power that can be applied to a bicycle while still being considered one is 750 watts, equal to one horsepower.

How much time does it take an e-bike to get a full charge?

A typical electric bike takes around 3 to 6 hours for a full charge, depending on the battery capacity. You can read this article to learn more about charging an electric bike.

In order to increase the performance and safety of your electric bike, it is critical to understand its weight capacity and an e-bike weight limit. This determines the amount of load that your e-bike is capable of transporting.

The weight of the bike, on the other hand, has an impact on the overall riding experience that you have with your electric bicycle. While weight is advantageous in an e-bike, it is not always beneficial to the rider. Therefore, it is vital to be clear about the purpose of your purchase. If you need to travel long distances quickly, the benefits outweigh the disadvantages of carrying extra weight.

But if you’re going to have to carry your bike up and down several flights of stairs or just looking for a bike for short distances cycles, the extra weight isn’t worth it.